The progression manufacturers are making from MRP to ERP has its basis in how diversified their product lines have become in response to customers’ need for more versatile, configurable and customizable products. Many manufacturers got their start producing the same product using components they sourced locally or made themselves. Customers weren’t given the option of customizing products. Doubling down on manufacturing efficiency, the core process areas of Bills of Materials (BOM), Inventory Tracking and Master Production Scheduling dominated global manufacturing. Automating these three areas became the foundation of Material Requirements Planning (MRP).

Global competition became fierce fast, forcing manufacturers to rely on price and availability to win more sales. Offering more customized products and capitalizing on the ideas customers had for new, configurable products helped manufacturers escape price wars and becoming a commodity. More feature-rich products that often needed services also required a new production system, and Manufacturing Resource Planning (MRPII) was born. Gartner defines closed-loop MRP as a system built around MRP that also includes production planning, master production schedule, and capacity requirements planning. Once the planning phase is complete, and the plans have been accepted as realistic and attainable, the execution functions come into play. These include the shop floor control functions of input/output measurement, detailed scheduling and dispatching, as well as anticipated delay reports from both the shop and vendors, purchasing follow-up and control, and other functions.

MRP II was perfect for the expanding world of manufacturing that had become heavily dependent on suppliers. It’s common to find 60% or more of a given new products’ components are from suppliers and production partners outside the company. For Engineer-to-Order manufacturers, it’s close to 75% or more. Products are becoming complex exceptionally fast, with a typical new car having over 100 million lines of code according to the MIT Technology Review, not counting future Amazon Alexa integration.

To stay competitive products have to be managed over their lifecycles, not just month to month to meet production targets. The financial implications of changing production mix need to be predicted first and factored for customer demand, and supplier quality levels and inventories checked for availability. Every area of a manufacturing business needs to stay coordinated with production costs, direction, forecasts, and plans. Enterprise Resource Planning Systems (ERP) was designed specifically for this need and continue to expand to meet manufacturers’ requirements today.

Comparing The Benefits of MRP, MRPII, And ERP

Designed for an era when mass production dominated manufacturing, MRP systems are designed to make factories as efficient was possible on their own. The greater the product complexity, the more integrated manufacturing needed to be across an entire business, leading to MRP II. The proliferation of new products, greater intensity of global competition, shorter time-to-market, and need for greater cost control and visibility led to ERP platforms being created.  The following compares the benefits of MRP, MRP II, and ERP:

What Motivates Manufacturers To Change from MRP to ERP

It’s common for manufacturers to begin operations relying on Microsoft Excel for production scheduling and Intuit QuickBooks for their financials and it’s the same with how many progress from MRP to ERP. The more they become reliant on outside distributors and suppliers, the more the added advantages of ERP motivate them to migrate from MRP. Having two different systems that aren’t in sync with each other quickly leads to problems including higher than industry average scrap rates, missed customer shipments, limited visibility & control of manufacturing costs and more. Eldon James is an example of a leading plastics manufacturer who chose to migrate away from Microsoft Excel and QuickBooks to an IQMS EnterpriseIQ ERP software system. Here’s what they were able to accomplish:

MRP began on the shop floor and has stayed within the four walls of factories as a system for continually improving production efficiency. Today many of the core elements of MRP software systems are included in ERP software systems including Material Requirements Planning, Labor Capacity Planning, Auxiliary Equipment Planning, Machine & Work Center Capacity Planning AND Rough Cut Capacity Planning. The more adept manufacturers become using the MRP functional areas of their ERP systems, the more efficient they become at achieving their manufacturing goals, especially those that rely on suppliers, partners, and distributors. 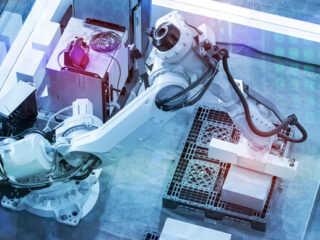 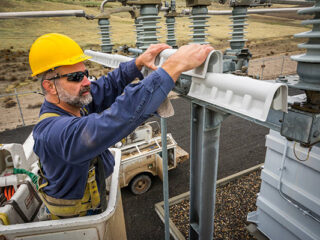