A legacy ERP system is an older enterprise software solution that is no longer being enhanced.  Legacy ERP systems were typically first created in the 1980s or early 1990s and are often based on older technology, such as the IBM AS/400 platform, Progress Software or even DOS.  Their original user interfaces were character based, although many have received facelifts over the years, often using Windows clients, to provide a degree of modern UI look and feel.  Most also have some sort of bolt-on business intelligence tool for improved reporting and analytics.

Legacy ERP systems typically have rich, industry-specific business functionality.  To extend the product’s life cycle, their creators often continued writing application code to meet the needs of existing customers long after the base technology became out dated.  However, they did not have a strategy or the capability to rewrite the solution in a modern technology, so eventually the system became outdated, effectively at its end-of-life. This left their customers in a position of having to identify an ERP replacement for their outdated system.

In the years between 2000 and 2010, it was commonplace for legacy system founders to sell their businesses to larger software companies. It was a sound exit strategy for the sellers as they found ready buyers in larger enterprise software companies. The number of independent legacy ERP vendors shrank by hundreds during this era. The larger companies saw the legacy installed base as, 1) a steady source of reliable cash flow from support and maintenance fees and 2) a captive market for selling their newer technology to the legacy installed base.  The belief was that the legacy customers would quickly invest in the new owner’s go-forward ERP system.

The acquiring company’s business plan was to cut the sales, marketing and development costs out of the legacy system’s operating infrastructure. They would typically keep two or three key development and support personnel as a means to keep the system operational and minimally supported, while at the same time raising maintenance fees and cutting out all other costs, e.g. end-of-life the product, while still charging customers to use it.  With this strategy, profit margins on legacy systems often exceeded 85%.

As it turned out, legacy customers did not always jump quickly to the new owner’s go-forward ERP solution.  First, there was no commonality between the old and the new system.  From a training and implementation perspective, this meant starting over.  Second, the new systems lacked the deep, industry-specific functionality inherent in the older system.  The new system lacked the finely tuned business processes that had been developed over the years in the legacy systems.  Third, many of the new systems’ developers overreached on the underlying system technologies, resulting in technical complexity and slow performance.  Several newer ERP systems were developed as pure SaaS solutions that cannot be deployed on premise despite the fact that many customers demand a choice of deployment options.  Finally, many ERP companies increased support fees shortly after acquisition, alienating the legacy customer base.

To counter these missteps, many of these companies offered like-for-like no-cost license exchanges.  However, these systems were not comparable and the additional cost of re- implementation was so large that customers began to look for new providers.  They often found that they could buy an entirely new system, from a different vendor, with a better business fit, for less money, than what the new owners were asking. Today, it is entirely typical to see a company that has decided to move away from its legacy system enter the marketplace and evaluate multiple vendors.

The roll-up of legacy ERP systems has mostly played out and the desirable legacy ERP companies have largely been acquired.  In some cases, they have been bought and sold more than once.  More commonly, what we see in the marketplace today is the larger ERP companies buying third-party technology to fill holes in their go-forwards product line.  Extended functionality such as business intelligence, CRM, MES and WMS are being acquired up and then loosely integrated into the parent company’s go-forward system.

For the most part, the acquiring companies have learned their lesson about dramatically raising support prices, but they still shortcut the integration of the companion technology while reducing staff and service levels. The bolt-ons gradually assume the status of “not invented here or didn’t work out like we planned” and are pushed to the backburner until the next big trend comes along.

The Future Belongs to Those Who Kept Current: Is it time to replace Your Legacy ERP System?

Several early ERP system companies did have the foresight to re-platform their systems.  They maintained the rich functionality their customers needed and invested in keeping the underlying technology up to date. Today, these companies enjoy rich, industry-specific functionality and the modern technology that enables advanced strategies like digital transformation, IIoT and predictive analytics.  They are often the best choice for SMB and mid-market companies that faced with the need to replace a legacy ERP system but still require deep functionality and fast system performance to which they are accustomed.

IQMS counts itself as among the companies that kept abreast of technology while at the same time continuously building richer business functionality.   If you are a SMB or mid-market manufacturer faced with an end-of-life or legacy system replacement like Sage 500, Alliance, BPCS, Fourth Shift, DTR, AIMs and many others, IQMS is a strong solution to for you to consider.  In fact, 30% of our new system business is driven by legacy ERP system replacements. 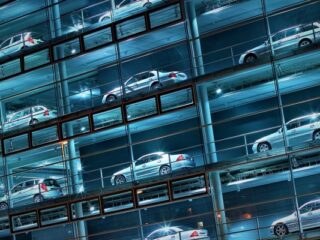 Previous Post (p) How Blockchain Can Improve Manufacturing In 2019 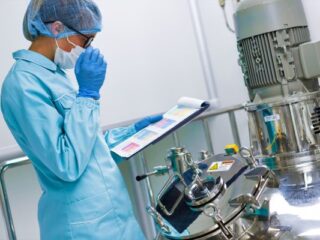