The innovation of our manufacturing customers was spotlighted at the Plastics News Excellence Awards ceremony on February 26, 2020. There, Intertech Plastics Inc. was named the PN Processor of the Year for 2019 while Diversified Plastics Inc. and MMI Engineered Solutions Inc. were recognized as finalists. The award ceremony was held at a dinner on February 26, 2020 as part of the Plastics News Executive Forum at the Naples Grande Beach Resort in Naples, Florida, which ran February 24-26, 2020.

The companies, all users of our DELMIAWORKS (formerly IQMS) manufacturing ERP software, were judged by members of the Plastics News editorial staff. These judges evaluated the manufacturers on their execution in seven areas: financial performance, quality, customer relations, employee relations, environmental performance, industry/public service, and technological innovation. Plastics News noted that, as the winner, Intertech scored high marks in all seven award criteria.

Intertech Plastics Inc. was previously a finalist for the 2018 Processor of the Year Award, and it earned the 2018 PN Excellence Award for industry and public service. The company, which is headquartered in Denver, Colorado, specializes in molding medical, industrial and consumer products, as well as packaging. Investments in machines, people, and software technology have contributed to the company’s double-digit growth in revenues.

In the last three years, Intertech has purchased 11 TOYO machines and 22 Wittman robots for its two Denver-based plants, one for medical molding and the other for custom molding of industrial and consumer products. The resulting automation of these facilities has enabled the manufacturer to reduce its percent of direct labor as a percent of sales.

Additionally, Intertech is committed to sustainability. It implemented a smart chilling system with variable-speed power that saves $45,000 a year, with higher throughput. And New LED lighting and motion sensors cut about $60,000 a year for the electric bill. Both of these investments paid for themselves in less than 15 months. The manufacturer is also moving all-electric molding machines in both plants.

At the same time, the company has more than doubled its investment in employee training over the past two years. Intertech also actively recruits apprentices through the CareerWise apprenticeship program first created by the company’s founder. In speaking with Plastics News, Intertech President Jim Kepler noted that bringing on apprentices has helped to create a sustainable workforce, as well as accelerate the implementation of new ideas, processes, and automation.

Since 2008, Intertech has relied on DELMIAWORKS to supporting its employees by automating shop floor and back-office functions. Additionally, the software contributes to the company’s efforts around on-the-job education. Intertech first used the Shop Floor Data module in its medical plant to provide paperless training in which an employee logs into a production machine and then answers a set of questions about the specific work center and product. Following initial success with the Shop Floor Data module, Intertech is now bringing it to the custom molding plant.

All the investments in assisting and empowering employees have paid off. Recent surveys Intertech has earned an 87% score for employee engagement in recent surveys. And now, one-third of employees have been with the manufacturer for nine-plus years.

Diversified Plastics, Inc. (DPI) provides solutions for water filtration and medical devices, plus agricultural and off-highway equipment, controllers and automation equipment, material handling, recreational marine, and solar energy. The manufacturer is owned by employees through an employee stock ownership plan, and the ESOP stock price has grown 72% percent in the last three years while revenue per employee has increased 12.4%.

Customers interviewed by Plastics News judges identified DPI as a trusted supplier and partner The manufacturer has achieved 99.3% on-time delivery for the past two years, and customers’ product acceptance rate was 99.4% in 2019. DPI has also earned the Environmental Green Star Award from the Minnesota Pollution Control Agency, cutting scrap from about $4,000 per month to nearly zero. A DELMIAWORKS customer since 2009, DPI operates two plants: one at its headquarters in Brooklyn Park, Minnesota and another in Vista, California.

MMI Engineered Solutions Inc. (MMI) injection molds material handling systems for automotive components and automotive and heavy truck parts. The manufacturer, which is headquartered in Saline, Michigan, has factories in Saline and Warren, Michigan, as well as Monterrey, Mexico. Recognizing double-digit growth, MMI made the 2019 Inc. 5000 list of the fastest-growing privately held companies in the United States.

In the last seven years, MMI has made significant investments in equipment—adding production capacity with the 82,000-square-foot Warren plant in 2019, as well as bringing in 11 injection molding machines and a blow molder, plus new machining centers for the toolmaking department. Since 2008, MMI has also relied on DELMIAWORKS to automate its back-office functions as well as shop floor processes at its Saline, Warren, and Monterrey plants. Additionally, MMI is on track to nearly double its workforce in the coming year.

“We’re thrilled to celebrate Intertech being named Plastics News Processor of the Year, as well as see Diversified and MMI recognized as finalists for this prestigious award,” said Steve Bieszczat, CMO at DELMIAWORKS. “We place a priority on being a partner in our customers’ success, and we’re honored to support some of the most innovative manufacturers in the industry.” 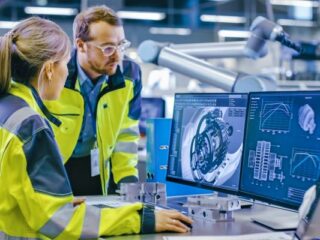 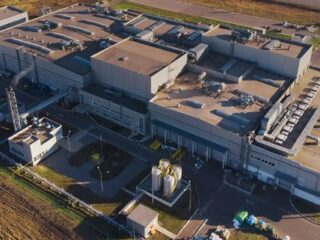